How to animate in Photoshop

In this tutorial, you are going to learn how to make a video animation in Photoshop.

We are going to make a jet fly across the screen.

There are 2 types of animation, frame based and video based. In this tutorial we will be doing video based. You don’t need a video to make the animation, but we will save it as a video.

This is the beginning file. It contains 3 layers. A background, a jet and the flame for the afterburner, called exhaust.

We are going to animate the jet from the top of the screen to the bottom. We want to turn off the afterburner, then 1/2 way through, we will turn on the afterburner and the jet will speed up. This challenge should be enough for you to learn a lot of the animation tools in Photoshop.

If you need more preceise details on any of the steps, please watch the video. You should watch it anyway to see the animation. 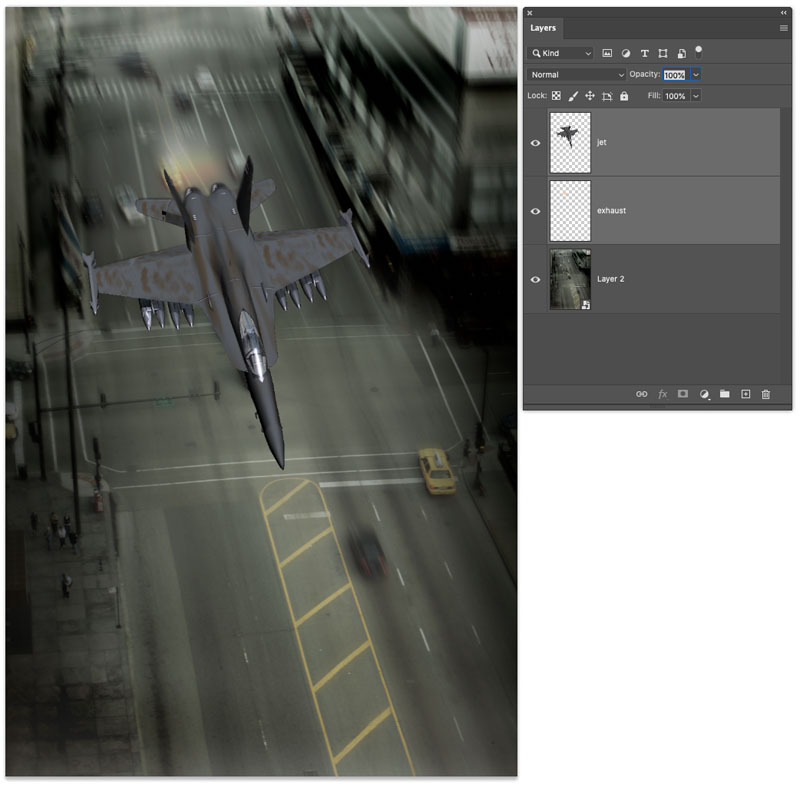 Drag the layers to make them longer, we are dragging them out to the 5 second mark.

With both the Jet and exhaust layers selected, drag to the top of the screen and just off the screen as the starting point for the animation. 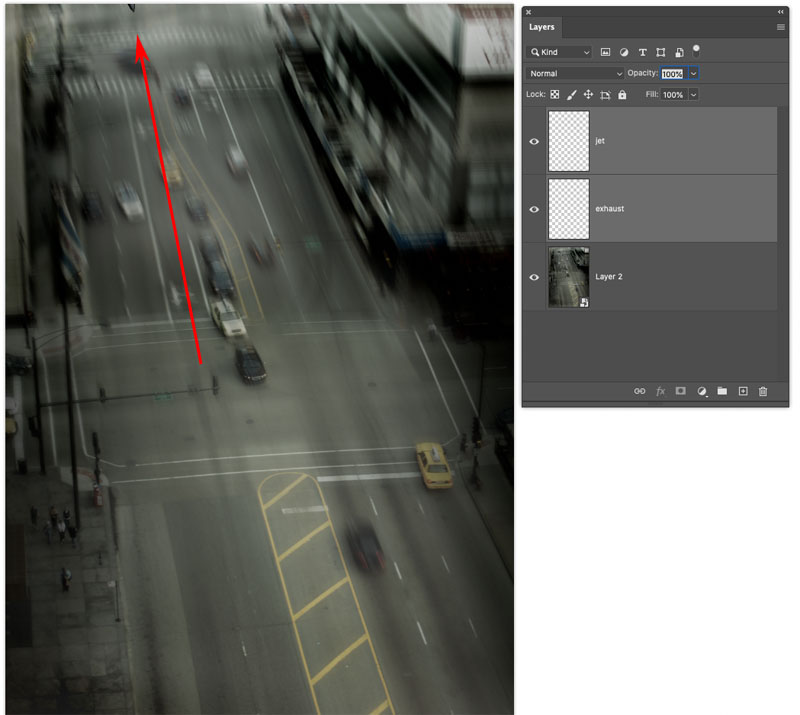 Select the jet layer. We will animate this first. 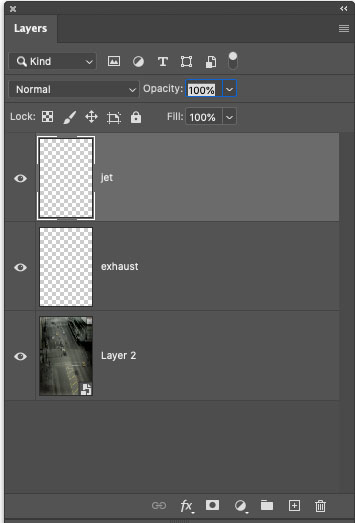 Keyframes are how Photoshop does animations. a/ You set the first keyframe. b/ Move the playhead to a different point in time. c/ Change the object on screen. Photoshop will animate the changes over time, lets see…

Move the playhead to the end of the timeline. This is where you want the animation to end.

Drag the jet to the ending position.

A keyframe will be generated at the playhead at the end of the timeline.

Press the spacebar of the play button in the timeline to preview the animation. The jet should be moving at a constant speed.

We want to also animate the flame behind the jet.

Move the playhead to the start position.

Choose the exhaust layer and click on the stopwatch for position.

Move the playhead to the end of the timeline.

Drag the exhaust into position. 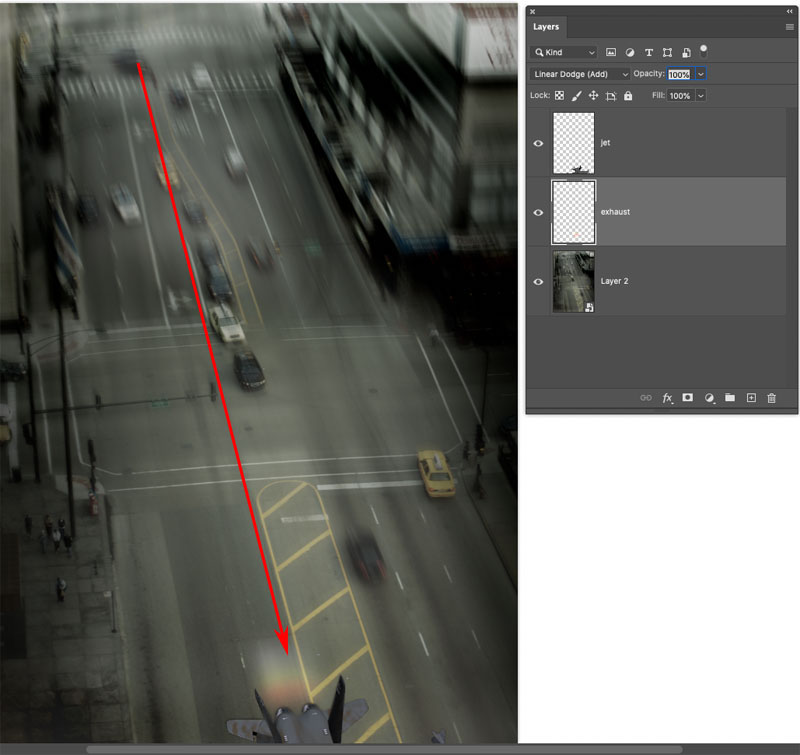 Play it back and now the jet and the flame should be moving together, 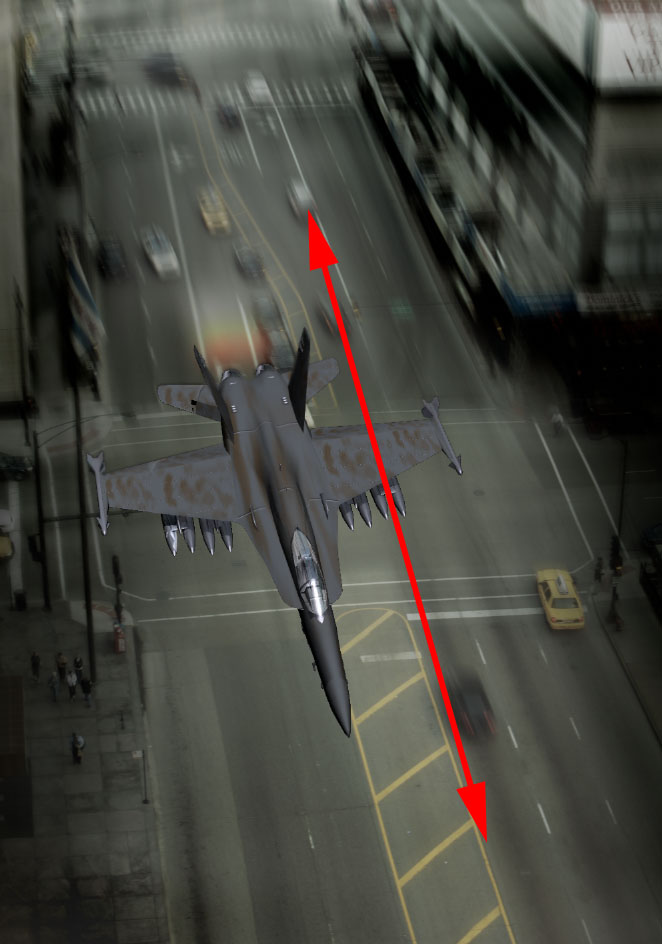 Step 11. Changing the speed of animations in Photoshop

Now we are going to change the speed. We want the jet to start off slowly and then speed up at the end.

Move the playhead to the middle of the timeline (around 2.5 seconds).

Click on the diamond between the 2 arrows to the left of the position stopwatch, this adds a keyframe

Click the diamond to add a keyframe on the exhaust layer

Hold down shift and click the second keyframe to also select it. 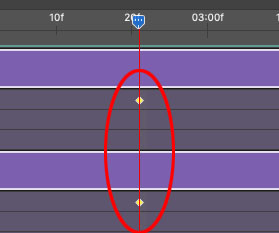 Drag the keyframe to the right. They will both move together because they are both selected.

If you playback now, the jet will move slowly, when it hits the second keyframe it will speed up. (It’s explained on the video why it does this) 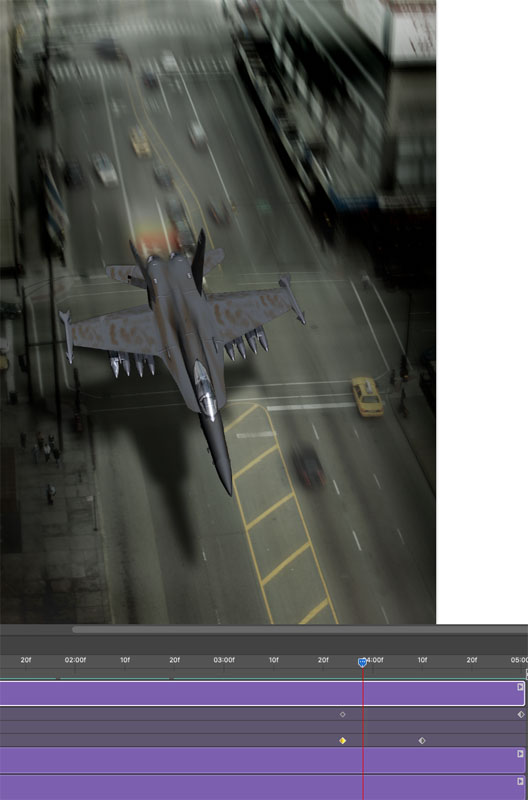 Now, we want the flame to only appear when the jet speeds up, as the afterburner kicks in.

Move the playhead back a single frame. 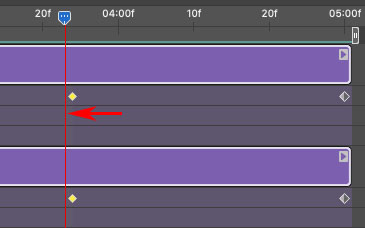 In the exhaust layer, turn on the stopwatch for opacity

Turn the opacity to 0 on the exhaust layer 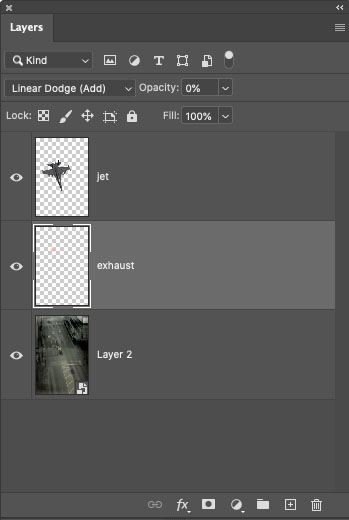 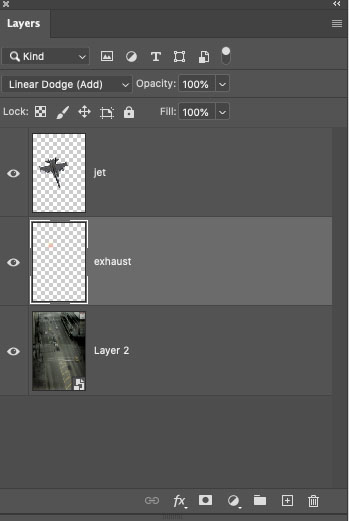 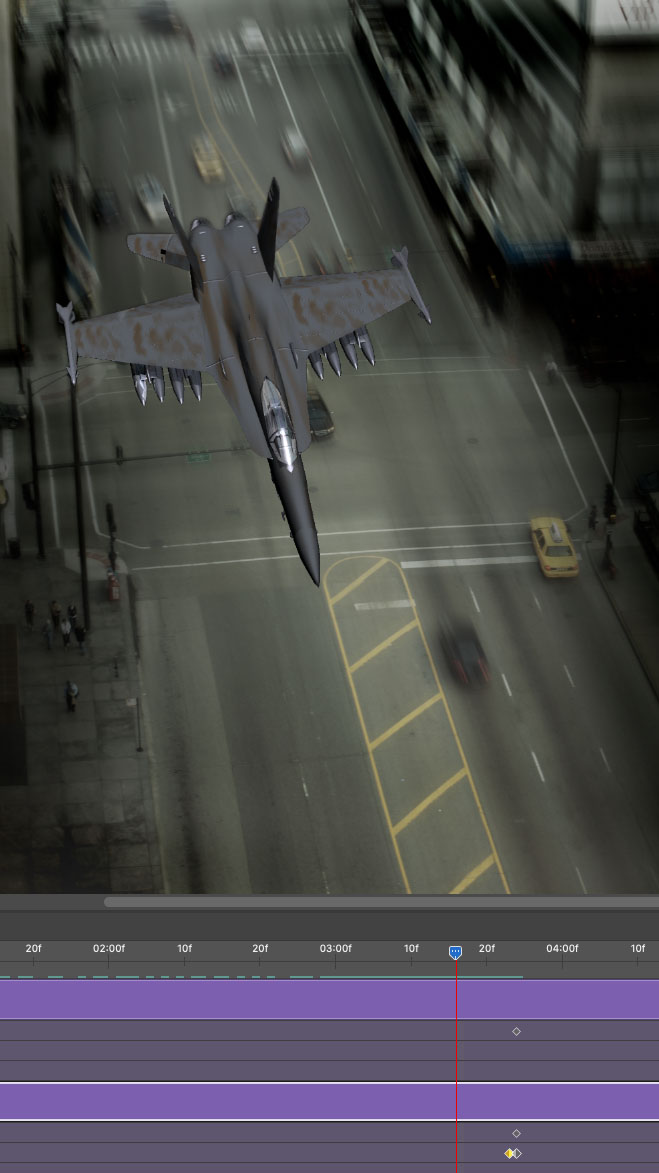 When it reaches the keyframes and the jet accelerates, the flame will turn on. 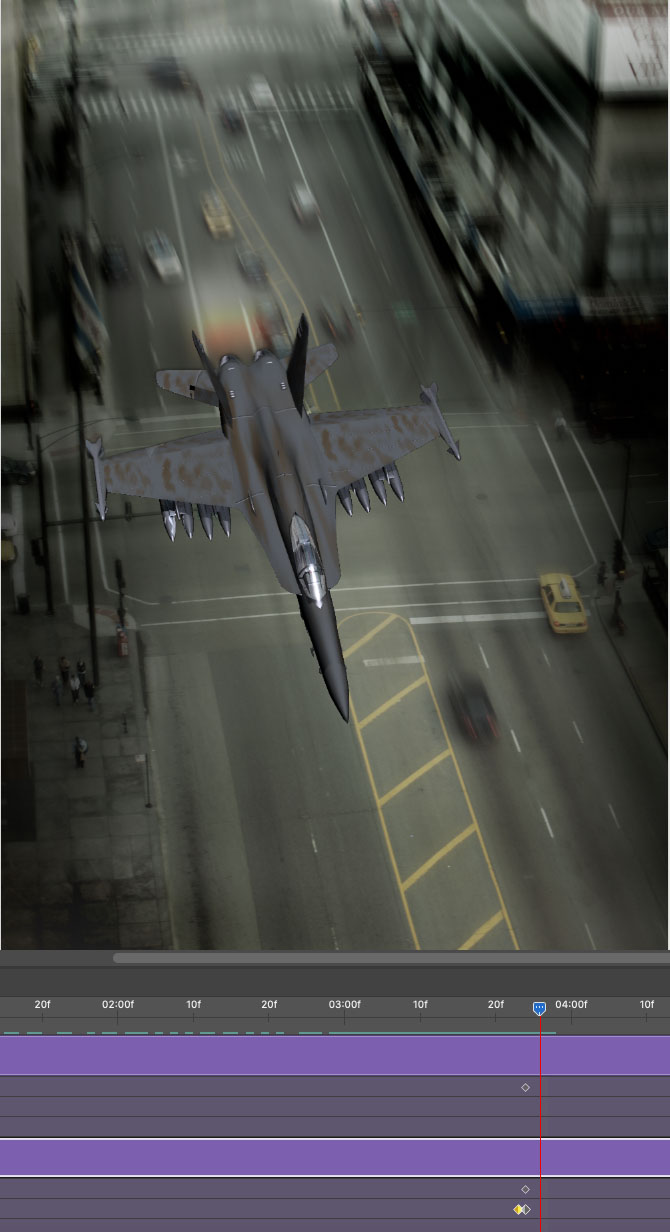 Now we need to add a shadow for realism and depth. 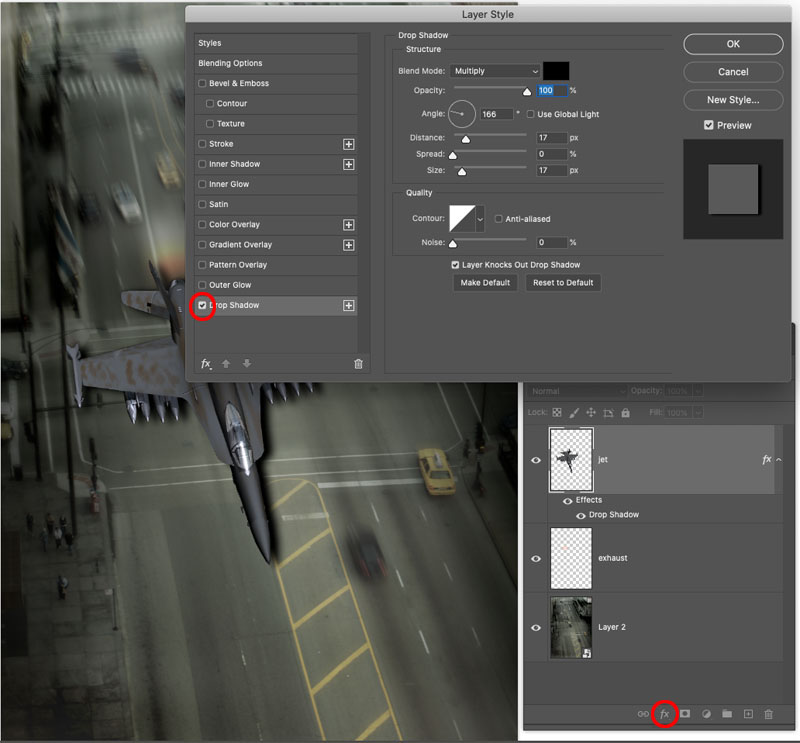 Add the setting as shown here 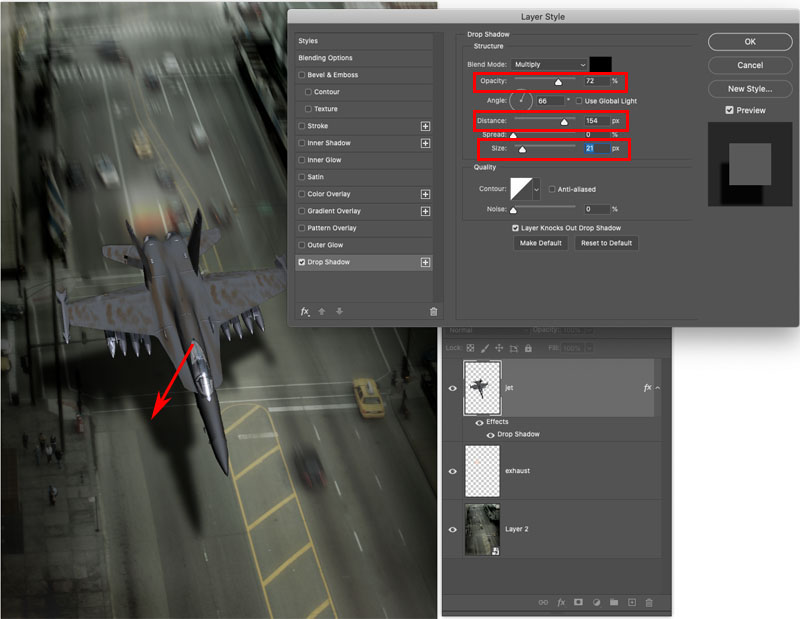 The shadow will move with the jet

Step 22. Changing the shadow over time

Let’s change the shadow so that it looks like the jet is climbing when the afterburner is on.

Move the playhead forward to when the afterburner comes on. (where the speed changes)

On the jet layer, click the stopwatch to add a keyframe for style. 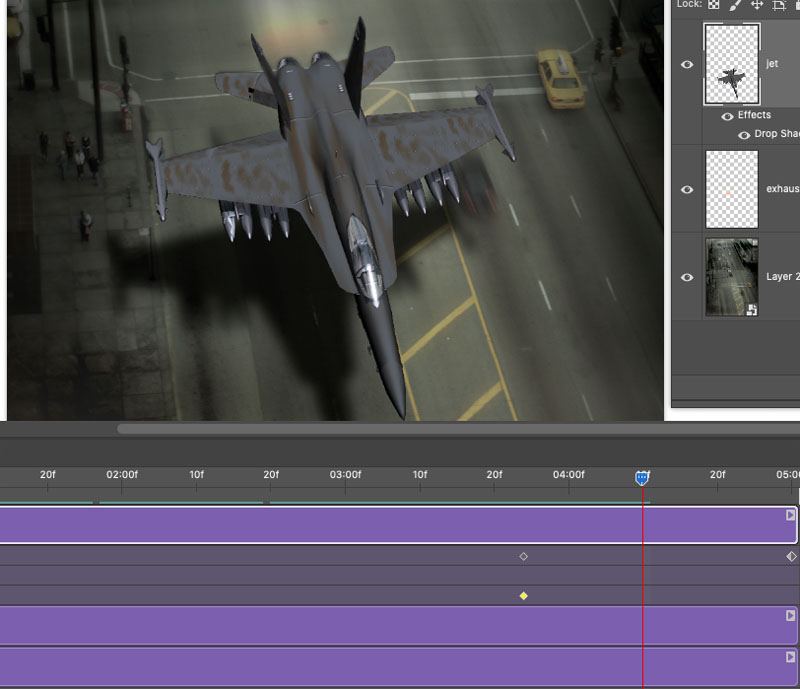 Double click the drop shadow effects to open the effects.

Change the settings as shown here. Make the shadow softer and more transparent. Drag the shadow further away from the jet.  (This makes it look like its getting further away.) 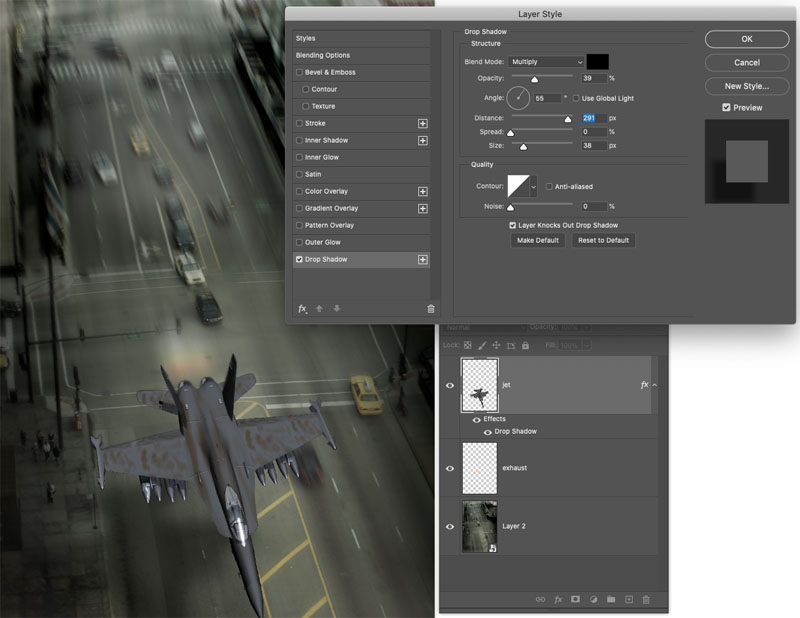 Now when you play it back, the yet will move and the shadow will change over time

This makes it look like the jet is climbing. A little bit can go a long way with animation. 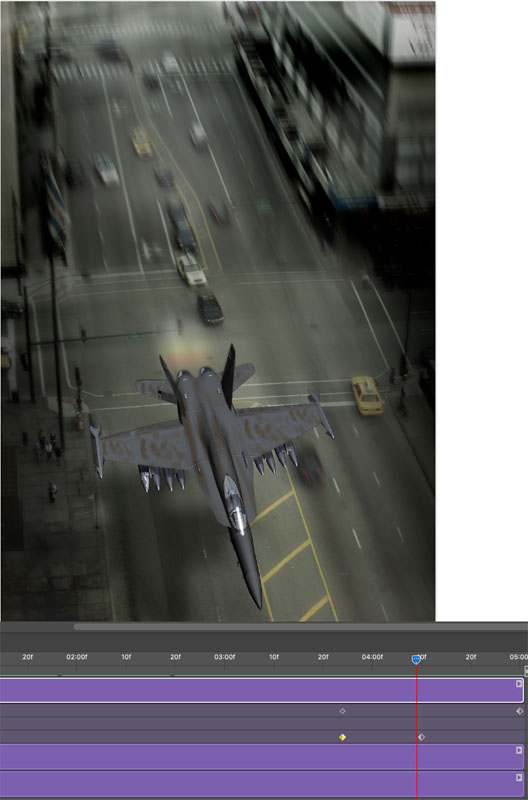 Now we have made the animation, we need to export it, so we can use it.

Give it a name

Choose the location to save the video

choose the presets and select the best one for your video. Here i used  youtube 1080 for a letter boxed version that will fit a HD video 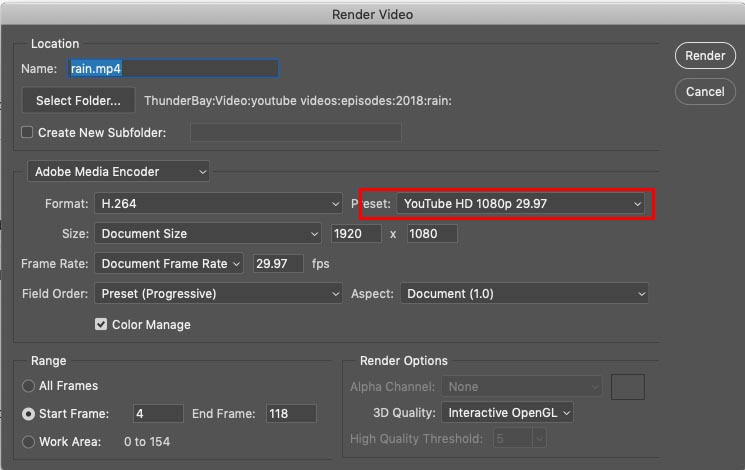 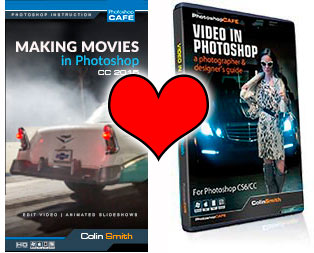 6 responses to “How to Animate in Photoshop, Video animation”

Learn how to light a product in Photoshop and add realistic gobo shadows. Add text to a book, change it... 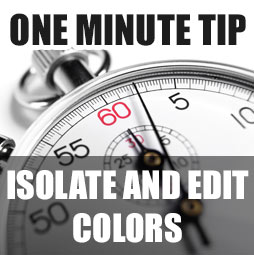 How to make your colors really pop in photoshop. Makes skies instantly bluer and more. This 1 minute tip shows... 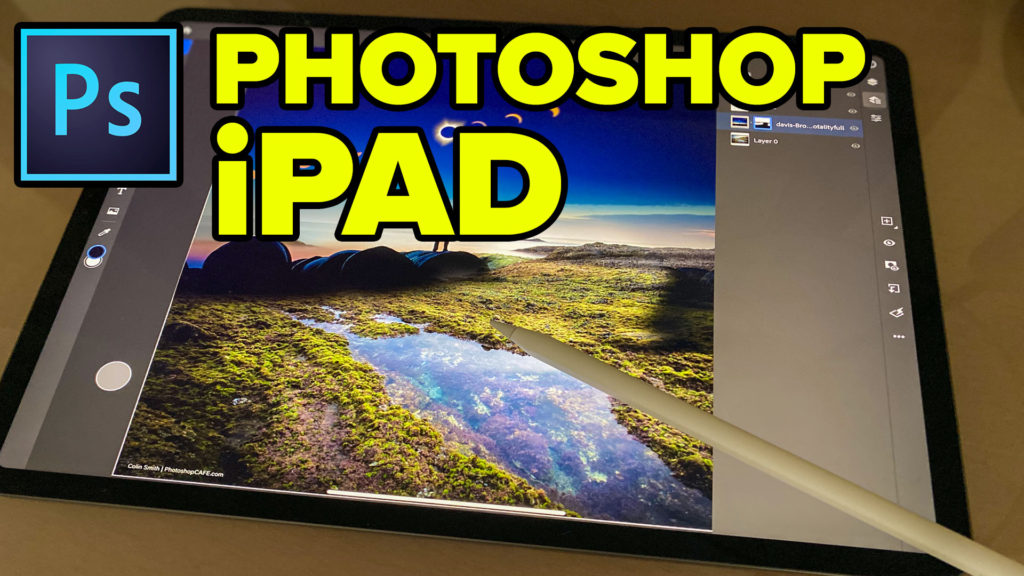 Photoshop on the iPad quick start tutorial and combining photos.

Learn how to use Photoshop on the iPad...