Combine type and images, How to put a photo inside text in Photoshop Tutorial

In this Photoshop Tutorial, Colin shows you how to combine type and photos in Photoshop. Learn how to place plants inside text. We will then mask the type and allow the plants to grow out the top of the words to create a cool organic design.

Make plants and grass grow out of text in Photoshop tutorial

Written steps coming in a day or 2.

Put a Photo Inside Text in Photoshop

Cafe Crew, it’s Colin Smith here from PhotoshopCAFE and today I’ve got a really fun tutorial for you. I’m going to show you how to take text and have these plants growing out of it so it kind of looks like the are going to be in the shape of the text. I think you’ll see what I mean in a second, so let’s get started.

The first thing we want to do is we’re going to create some text and this blue color’s fine. It doesn’t really matter too much what color we’re going to do right now. We could change it later whatever you want, so I’m going to type in the word “Plants.” Notice I’m using _[00:00:29] Black. You want to have a really bold font for this; it really works best. And to resize I just hit Ctrl T, that would be Command T, to bring up Free Transform, and then I’m just going to hit the Option key to drag this from the middle and Shift to constrain the size of it and we’re going to drag it out until we get a nice big piece of text there. There we go.

I’m kind of liking that so I’m going to put it just on an area here where most of the text is going to be covered, but we’re going to have some areas here where we’re going to have these growing out of the top, so you just want to kind of position that where you think it’s going to look good. Now you can experiment and play around with it and find the best position once you kind of understand what’s going on. All right, so that’s the first tip we’ve got here.

You can see here, in those little trap spaces there because Contiguous is off, we’re now selecting all those areas. Now, we want to inverse the selection so Command Shift I and that will be Ctrl Shift I on Windows, and now what we’re doing is we’re selecting only the pixels. So we want to pop those pixels up on to their own layer, so the way to do that is hit Command J or Ctrl J, and then I’m going to hide the background layer and there we go, we can see we’ve cut it out there. Now the reason I did it that way is I could have used the mask but I want to keep this background, just in case I need it later to clean up some things.

Now what we want to do is we want to make the grass fit within the text, so let’s turn on the text layer, drag that grass layer above it, and now we’re going to move our pointer in-between the two layers, so this is in-between our grass or our plant and the text layer. Hit the Alt or Option you’ll see the little arrow there in the Layers panel, click and now it clips it within there. All right, so we’ve basically clipped an image inside text, but we want to have some of this growing out of the top of the text, so what we want to do is we want to select the plants. So, hit Ctrl key, move your pointer over the plant layer in the layers panel, hold down Ctrl or Command and then click, and notice now you’ll see the selection is active for that plant. It’s showing the transparency of the plant.

So we’re going to go now into the plant layer. This is where we want to paint. So we’re going to grab B for the Brush or just grab the Brush Tool and you want to make sure that we go under the Brush’s options here and we’re going to change the hardness all the way up to 100, and we can set the size to whatever we want here. I’m going to start at about 40, but we can use the left and right bracket keys to make that bigger. So let’s just paint across the top here. Just do it one letter at a time. Let’s start with the “A” and that looks good. See how we got the plant’s kind of growing out of there. We’re going to do the same thing with the “P.” Now I’m going to do this quickly, but what you could do is spend a little bit of time if you wanted and really kind of finesse the way this is growing and you could customize it to work perfectly for what it is that you want to do.

So let’s do the next letter which is the “L” and just be aware if there are little half bits there that are kind of growing out that are not going to work. You want to kind of make it look like it’s rooted here and growing out of those letters themselves, so, you know, a little bit of playing around and experimentation and you’ll figure out what starts to look best for your particular use here in your text. So let’s do that out of the “T.” We got all these kind of growing out of here and out of the “S.” Now you could do this with different objects so, obviously, it doesn’t just have to be plants. Now Valentineís Day is coming up, you could do this with roses if you want to or whatever. So, anyway, there we go. We’ve got our plants kind of growing out of there, but now let’s get those little blue bits in there.

What if we want to hide the actual text or the color of it? Really easy because we got this selected right now. All we need to do is go down to the Add Layer Mask and if we add the layer mask, notice what it does is it hides our text there. Now you might find some little areas, little stray areas there that you might want to clean up. You could do that. And here’s another option, what we could do is if we wanted to show this growing from the ground or we could simply select our layer there–notice the plants layer, not the mask right now. We want to select the layer itself and just hit the D key. We want to choose black as our foreground color because we can paint in there.

Notice the black is going to show that, so let’s just make our brush a little bit bigger and notice how we can just paint across there, just doing that and that’s now going to show the plants. So, if you wanted to kind of paint that in so it makes it look it’s growing out of the ground, you can do that. Now, obviously, this is an optional step right there, but you can see, you could kind of make this a little smaller, you can make it hilly, you could do different things with it to kind of give it that effect of looking like this is kind of growing out of the ground. All right, it’s starting to look good.

Now the last thing we want to do is we just want to kind of show something behind it to really make it pop. Now you could drag this into another image and different things like that, but let’s create a new layer right now and what I’ll do is I’ll just create a kind of a sky thing, so we’re going to go just a sky blue, so let’s go to the blue here and grab something that looks kind of nice, maybe there, it looks like a kind of a nice blue. And then, what we’re going to do is we’re just going to grab our Gradient Tool, foreground to background, and I’m just going to drag it down a little bit, and you can see we’ve got a kind of growing out of there now, so that’s pretty neat.

Now there’s one other thing that you could do if you wanted something just a little bit different. Of course we could go in here and you know, say for example, you wanted to just make it a silhouette instead, we could do that if we just hit the D key. Notice that there’s black there–it’s the foreground. And then, Alt Backspace will fill with the foreground, but what we want to do is we actually want to go up into the plants layer here because that’s what we want to fill, because that’s where our color’s going to be. So, if we hit the Alt and if we do the Backspace, it’s just going to fill it, but if we want to preserve the transparency, also hold down the Shift key. So what we’re doing is Alt Shift Backspace and you see we can create this cool silhouette effect that you could do for a type treatment, maybe for an article or story or you know, you could see like on Lost, you know, the beginning of a TV show or something like that. So as you can see, you know, we’ve got these different options. We can do the plant, we can do the black and white and different things.

So I hope you enjoyed this tutorial. If you did, hit that Subscribe button right now, become part of the Cafe Crew and every single week I’ve got a brand new tutorial on Photoshop and Lightroom, also reviews and different things with gadgets and things. So if you like this and I really hope you did, hit that Like button and share this. Tell your friends about it, also, add a comment underneath. Do you like this kind of design type of style? Do you want to go more photography, more video? What kind of things would you guys like to learn? Let me know in the comments, let’s get a discussion going and thanks for watching, guys. And until next time, I’ll see you at the Cafe.

Add a comment and check out all our other tutorials!

3 responses to “Combine type and images, How to put a photo inside text in Photoshop Tutorial” 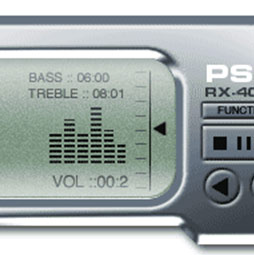 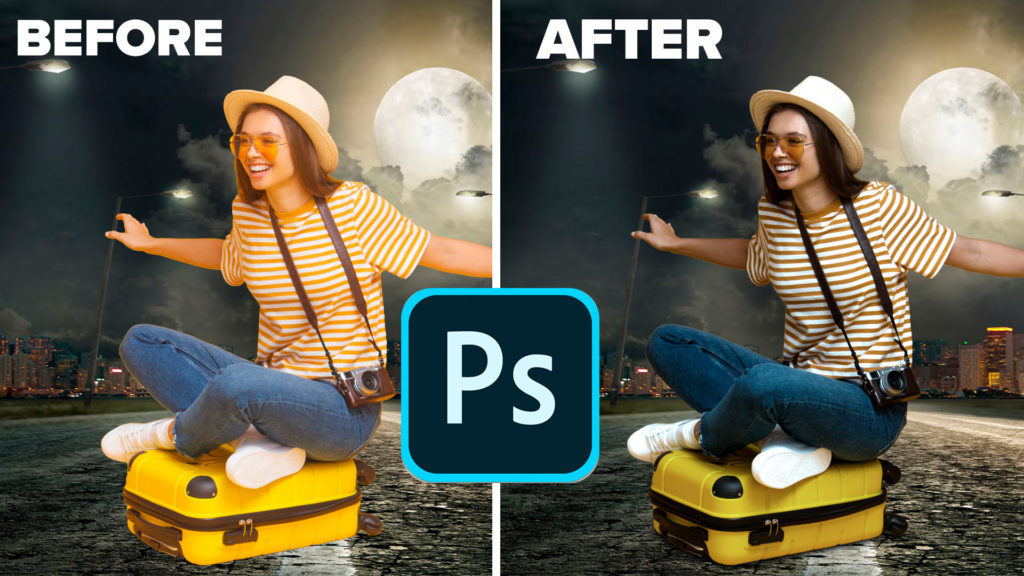 How to Match colors between photos in Photoshop

How to perfectly match the colors and brightness of different photos and layers in Photoshop. This Photoshop tutorial by Colin... 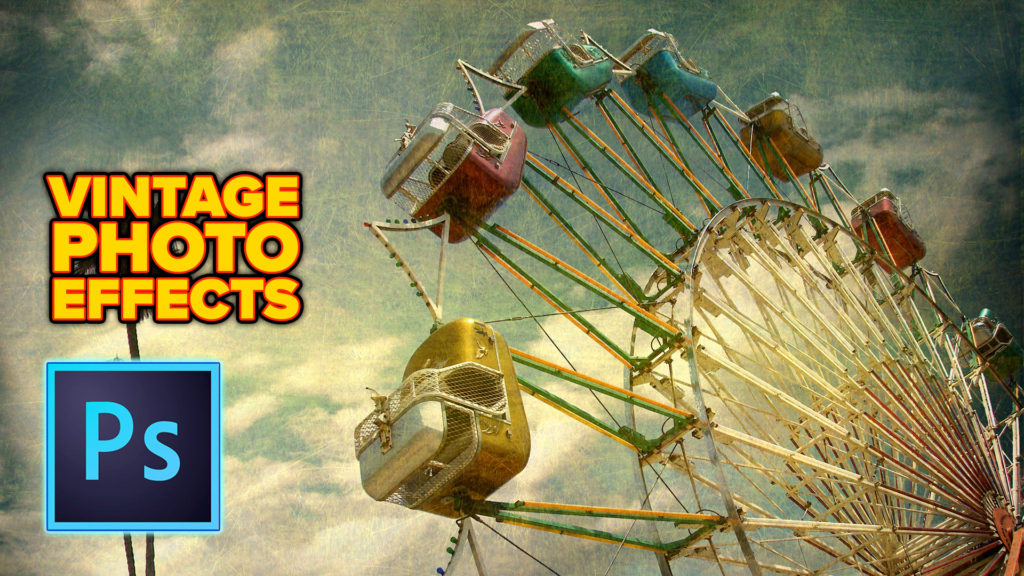 Learn how to make 4 vintage photo effects in thisPhotoshop tutorial. Learn processing techniques that were historically used and...