Bags are packed and love to travel!
Here is a listing of current and past events that Colin Smith makes a presentation. If you would like to enquire about Colin Speaking at your event, Please contact us ASAP as things tend to book up quickly

If you would like to enquire about Colin Speaking at your event, Please contact us ASAP as things tend to book up quickly

The current topics Colin is Speaking on:

HDR the real and the surreal: More than a regular photograph, more depth, more detail. This dynamic session teaches you exactly what is and what isn’t true HDR You will learn Colin’s 3-step method including what he dubs the 32-Bit negative…

Photoshop Video For Photographers: You have shot video on your DSLR, now what? This session is a photographer’s crash course in video and motion graphics in Photoshop CS6…

Checking out the road ahead, new in CS6:

You have upgraded Photoshop, now upgrade your workflow. Not only will you discover the essential new features, you will learn how to integrate them into your daily Photoshop habits..

Don’t be Road Kill; make your Photographs Rock in Photoshop CS6: Why is it that some people’s photographs look crisp, clear and engaging, and others’ look flat and boring? …

Video and 3D crash course for anyone, easier than you think: Colin will show you how to use what you already know and reveal the fastest way for you to jump into video. Use the tools you already know and love to create impressive video presentations with effortless ease…

Photoshop Secrets; Recipes for the road: Learn some of the best-kept secrets for amazing image results. Learn the most in-demand techniques that will make your work look current and cutting-edge…

Multi-shot Mayhem: HDR, Panorama and time-lapse: Bracket, stitch and hack time. When more than one photo is required, this session comes into play…

I’m excited excited to announce that we are now using the Amazon s3 cloud to deliver our digital downloads. What this means to our customers, is more reliable downloads, better speed and the security of Amazon’s servers. We have updated our entire download infrastructure and customers will enjoy the best possible download experience for our … Continued 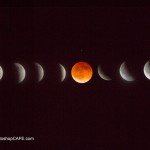 Shooting a moon phase time-lapse and stitching together in photoshop 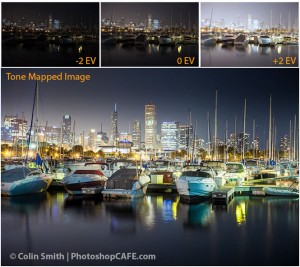 In this lesson, Colin Smith demonstrates one of his workflows used to enhance a beautiful landscape photograph of the ocean.  This is one of the many techniques from the 10 hour Photoshop For Digital Photographers training program at PhotoshopCAFE https://photoshopcafe.com/video/products/CS6_Digital_Photographers.htm