Patrick LaMontagne is a nationally syndicated editorial cartoonist and illustrator whose work appears regularly in newspapers and magazines across North America, despite having never received any formal art training. He received the Photoshop World Guru Awards for Illustration and Best in Show in the same year. While his illustration work has often been mistaken for traditional media, he has always been a digital artist, and his medium of choice is Photoshop. Patrick lives with his wife, Shonna in Canmore, Alberta, surrounded by the beauty of the Canadian Rockies. 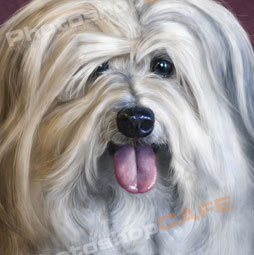 How to Paint hair and fur in Photoshop tutorial

How to paint hair and fur in Photoshop. This free Photoshop tutorial shows how to make custom hair and fur...