If you have ever looked at comic books like Batman, Spider-Man and Superman and wished you could create the same type of look, you are in luck! Meet your new teacher, the man who has worked on these legendary comic books and more!

In this video, one of today’s leading forces in the comic book world, Jeromy Cox reveals his workflow and techniques as a professional colorist. Watch and follow along as Jeromy shows you the techniques and explains the principles and philosophy that have caused him to be so successful in the industry. Not only will you learn the building blocks that will enable your digital painting skills soar, you will also learn how to be efficient with your time in Photoshop.

Jeromy walks you through a complete panel from his original comic book, Vampyrates, start to finish. The base sketch is included, so you can follow along. The high resolution final panel is also available, so you can see all the details.

This video contains around 5 hours of video. The advanced interface allows the user to instantly jump to any of the lessons with complete control over the playback including Full Screen. All the lesson files are included, so you can follow along at your own pace!

How to make a good composition

Watch the Trailer here, to see what this video is all about

An introduction from Jeromy Cox.

Before we start the page, it’s good to take some time to familiarize Jeromy’s work area and what goes into his thought process before he begins a page.

Additional tools and composition theory are discussed as we begin the project.

The Cut and Gradient Technique is akin to the traditional method of painting using an airbrush with friskets. Isolating shapes of light as it passes across three dimensional figures and objects.

Part 2 of the Cut and Gradient Technique

Using the same Cut and Gradient Technique, we render the mid ground and background in a similar fashion.

To add more depth, we enhance the separation of the background from the foreground by knocking out line work and add atmosphere to the image by rendering a glow on the fire.

Moving on to the first and second panels, we continue the same process but pay close attention to dramatic lighting. This features the main protagonist.

We continue the same process but pay close attention to dramatic lighting. This is a comic book about Vampire Pirates, after all.

Learn different techniques to render rock textures. This scenes features some of our protagonists, so we pay more attention to their details.

Again, knocking out the line work adds depth to the image and makes the background recede.

This mid ground character is one of our main villains, so we place more attention to detail and render her softer than the rest of her Vampyrate compatriots.

Near completion, we zoom out to see how the whole page looks and determine which areas are important to improve or fix.

Jeromy gives some final thoughts and resources for further learning.

There are no reviews yet. 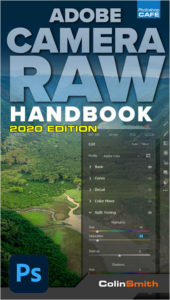 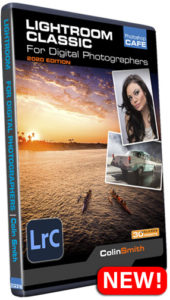 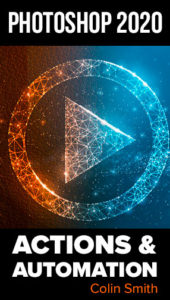 I wanted to drop you guys a line about the tutorial Colin did. I have tons of books, tons of magazines, and tons of emails but most were boring. I had played with Photoshop no where near what I wanted, but enough to get by. I had never gone to the depths I should have been near with PS7 I had received the tutorial and well, I was a hit and the cover for this month was wild for me. And it was the way I expected my work to be. So I am glad I picked it up and took a chance. Otherwise, I would not had any desire to work with PS7.Happy and Hooked, waiting for v2.