kicked off a plane with my drone, for trying to obey the rules

Last week I getting on a plane to fly home and got kicked off the Southwest flight. The overheads were full and they wanted to check in my drone, which was fine, but I needed to remove the batteries and hand carry them. The batteries aren’t that different to whats in a laptop, but according to FAA regulations, all spare batteries need to be carry on, in part due to the temperature of a class C cargo hold. The flight attendant didn’t know their battery policy, asked the pilot, who then ordered me ejected from the plane. Eventually they realized the batteries were permitted, 81WH, the limit per battery is 100wH. So I made a little video about the whole thing, not an angry video, but more of an educational one. This spread all over the internet on Monday and was shared over 1000 times on social media and over 10,000 people watched my youtube video. Feel free to watch the 7 minute documentery here. 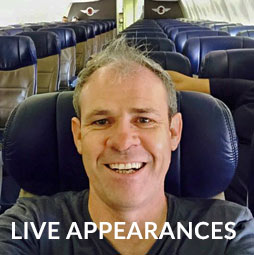 Bags are packed and love to travel! Here is a listing of current and past events that Colin Smith makes a presentation. If you would like to enquire about Colin Speaking at your event, Please contact us ASAP as things tend to book up quickly 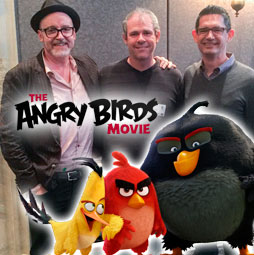 Behind the Scenes of the Angry Birds Movie, meet the directors Fergal Reilly (Spider-Man 2, The Iron Giant, Hotel Transylvania) and Clay Kaytis (Frozen, Tangled) with the 1 on 1 conversation vlog as well as the full unedited press interview.

PhotoshopCAFE is listening! Go ahead and speak.

Suggestion BOX Hi everyone, this is a brand new idea I had. I wanted to create an open forum for you to make suggestion and requests. How can we make YOUR PhotoshopCAFE better? I know, I often ask questions in the weekly newsletter and there really wasn’t a way to have an open forum so to speak. But … Continued