Adobe has addressed many user requests in the release of After Effects CS6 and provided several powerful features to help motion graphics designers and filmmakers produce better content without needing to rely on a lot of third-party plug-ins or apps. The totally revamped 3D environment now includes bendable footage and comps and extrusions for text and vector shapes – all integrated into an interactive raytracing environment where the various 3D layers truly interact with each other. Adjustable mask feathering, Rolling Shutter repair for DSLR footage and an amazing 3D Camera tracker have also been added to the mix. Built on top of major performance enhancements and caching features, makes After Effects CS6 a must-have update.

One of the most problematic issues with DSLR footage is the rolling shutter or “jello effect” caused by rapid panning against vertical lines in your scene – such as the edges of buildings, windows, busses, poles, trees, etc. Adobe has included the Rolling Shutter Repair effect to After Effects CS6 (also included in Premiere Pro CS6 as well). While the effect is applied directly to the footage layer, it can reduce the effect greatly but may require some additional tweaking and keyframing to control the amount of correction on certain footage. 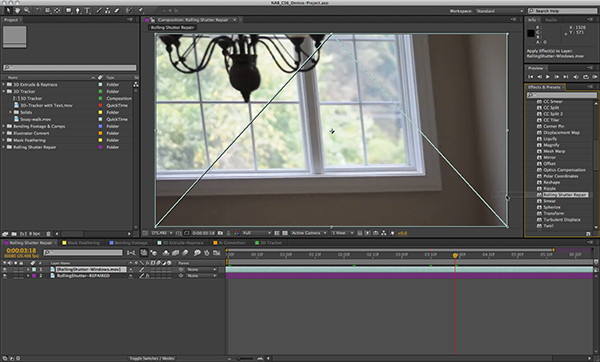 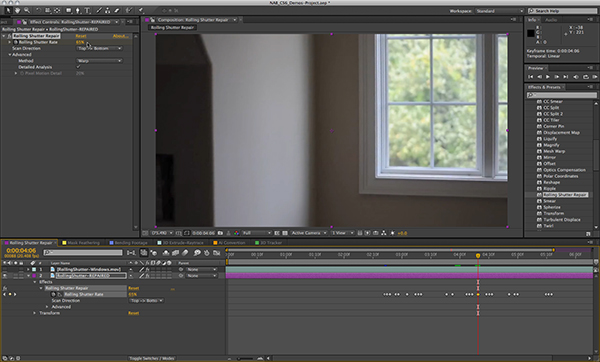 The new Mask Feather Tool (located in the Pen Tool drop-down palette) in After Effects CS6 allows you to select specific points along the edge of your mask to adjust the amount and direction of the feathering you need. This eliminates the necessity to build multiple masks that have to be tracked or modified over time, and instead you can concentrate on one adjustable edge mask around objects you intend to roto. You can select existing Vertices along the path with the Mask Feather Tool and add an adjustment handle between the selected point to create a soft transition, or select several points to confine your adjustments to specific regions. And of course all of the Mask Feather Tool points are keyframable along the Timeline. 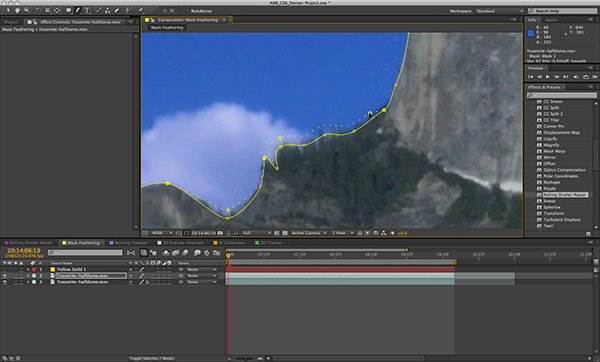 Bendable Footage and Comps in 3D

A step toward true sophisticated 3D, After Effects CS6 now allows geometry modification of sub-comps, footage clips, solid layers and images. Simply convert any clip or comp to a 3D layer and you have more 3D options such as Geometry and advanced Material capabilities. You can set the curvature (+/-100%) and the number of segments needed to provide a smooth curved plane. The Material Options now include Raytracing elements, such as Reflectivity, Metal/Plastic appearance, Specular highlights, Transparency and more. You can also set a solid layer to only reflect or accept lights/shadows, which truly expands the 3D capabilities in creating rich motion graphics.

Another boost in 3D performance in After Effects CS6 is the 3D Extrude option on text and vector shape layers. When you convert a text or shape layer to a 3D layer, your Geometry options are different that with sub-comps, footage, image and solid layers. You now have the ability to adjust the extrusion depth and bevel style and depth. Add to the fantastic new raytracing & materials capabilities and the ability to converge and interact with all other types of 3D layers that can reflect and cast shadows onto each other and there’s a world of creative options for you without ever leaving After Effects. While this isn’t intended to be a replacement for other more powerful 3D applications on the market (you can’t import 3D models or objects and can no longer import 3D layers from Photoshop) the new 3D capabilities in After Effects CS6 will help you create more dynamic motion graphics and titling. 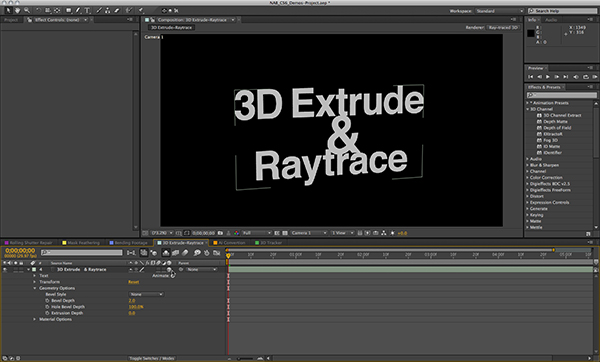 You can now import AI files into After Effects CS6 and convert them to editable vector Shape layers. Which also means that when you convert the Shape layer to 3D you can extrude and bevel the layer. This is huge for motion graphics designers who often need to create a quick 3D version of a client’s logo or graphic designs to incorporate into their animations or titling. Of course all of the same 3D characteristics that apply to extruded text layers are also available for extruded Shape layers. 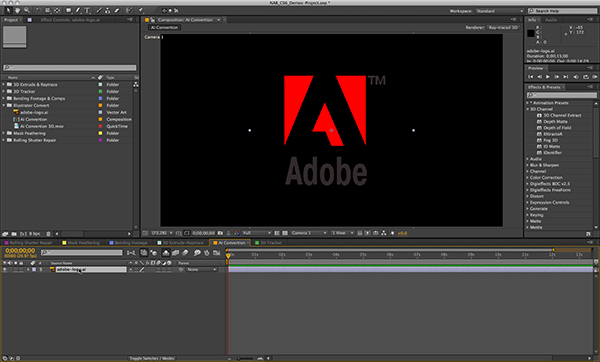 The new 3D Camera Tracker in After Effects CS6 works differently than the regular point tracker or even planar trackers, as it looks at the pixels in a footage sequence and provides results based on how long objects and surfaces remain in the scene. The process is easy and semi-automated, when you simply apply the Tracker to your footage and allow it to analyze it. You then select either a triangulation of tracked points with the target by hovering over the processed scene with your cursor or select multiple points to align the target up with the plane you are trying to track to. Then simply right-click the target to create 3D camera and text, solid, null or shadow catcher and light layers. You can extrude your text and add additional lights to enhance your scene as appropriate. 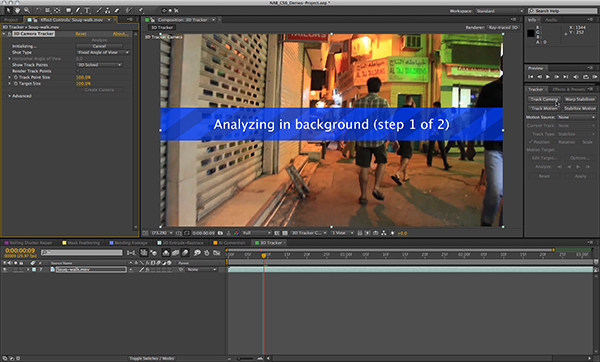 Adobe has given After Effects CS6 one of the biggest boosts in performance in years. With the addition of “Hash Cashing” (and global caching), which allows you to create a RAM preview, make changes and if you undo or change your settings back, it will reserve your previous RAM preview from the cache. It also reserves them when you save your project or make layers visible or hide and return. This really helps speed up production when you have to continue to re-render your RAM previews to just compare a before/after or experiment with effects settings. And if you add an SSD drive to your machine (even a USB 2 or FW drive), you can assign that as your cache source and free up your computer’s hard drive and not fill it up with caching processes.

Jeff Foster is a published author of several computer technology, animation and video production VFX books and videos. He has been an Adobe Certified Expert and has served as an instructor and featured speaker at conferences such as Photoshop World, Macworld, Adobe MAX and the NAB (National Association of Broadcasters) Conferences. Foster has been producing and providing training for traditional and digital images, photography, illustration, motion graphics and special effects for DV and Film for over 20 years. Some of his clients include: Tribune Broadcasting, Motorola, McDonnell Douglas, Nestlé, FOX Television, Spike TV, Discovery/TLC, Deluxe Digital, Universal Studios, Lions Gate Films and Disney. You can learn more on his blog at https://PixelPainter.com. Check out his training on PhotoshopCAFE 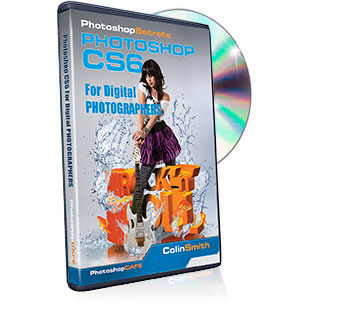 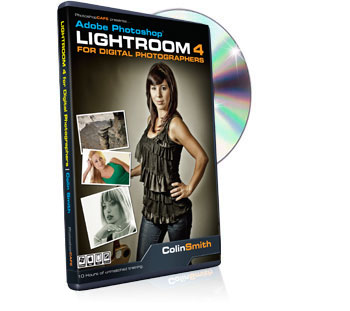 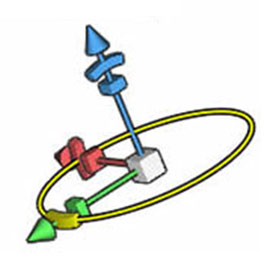 Photoshop CS4 and 3D Stephen Burns – www.chromeallusion.com Adobe is bridging the gap between two dimensional and 3 dimensional approaches to... 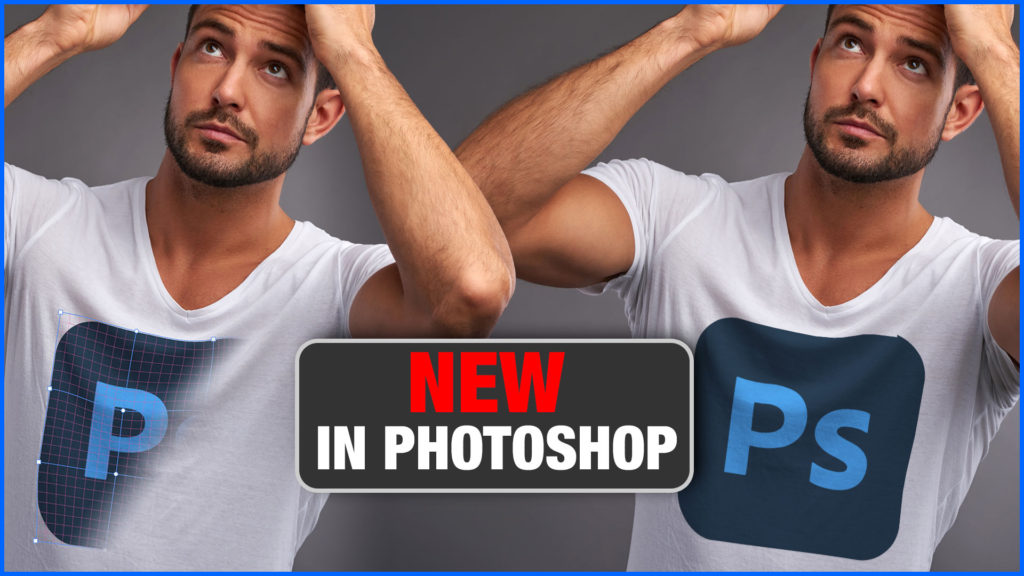 New features in Photoshop 2021 Split Warp,easily to wrap images around objects in photos in a very realistic way.... 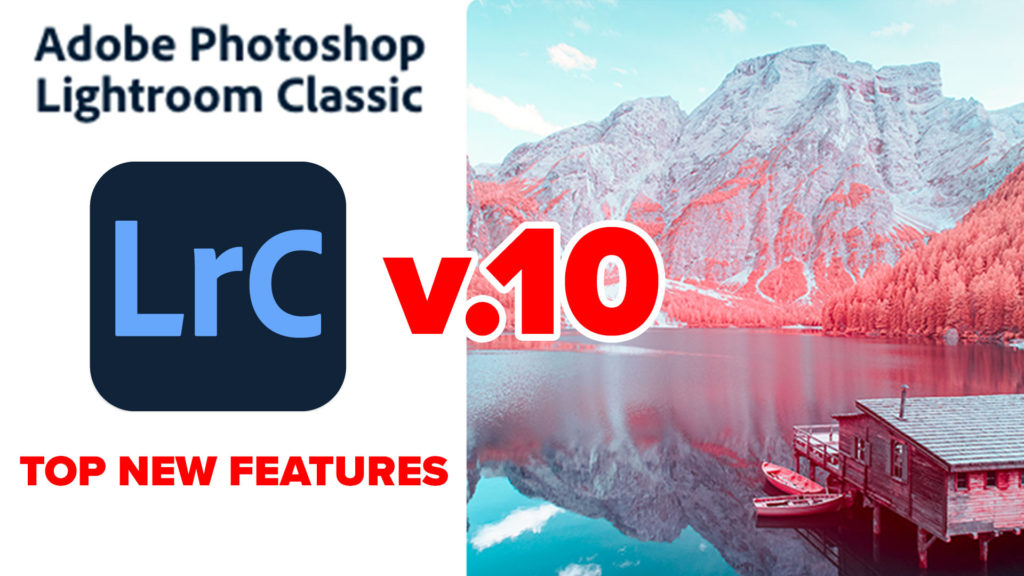 How to use the new features in Lightroom 10, color grading, tethered capture and new zoom...