Join one of the world’s foremost Photoshop experts, Colin Smith. Colin shares his mouth-watering recepies, that will turn your photographs into jaw-dropping masterpieces. He reveals how to mimick the coolest traditional darkroom techniques and a whole lot more that would usually require thousands of dollars of special gear. He studied photographs that used special development processes and equipment, such as tilt-shift lens, toy cameras etc. He then deconstructed the looks and turned them into easy to follow photoshop techniques.

Learn how to change the time of day, the weather and even the environment. These techniques are just like magic! All of these original techniques stand up to industry standards, because Colin has used them in his professional work for years. You will be amazed at how easy these techniques are once you know the “secret sauce.” All the photographs have been taken by Colin, so there are no canned, stock photos. You won’t find these techniques in the user manual… or anywhere else.

Photographers and designers will celebrate this
one-of-a-kind title in their learning library.

From Colin….” This is one I have been thinking about creating for several years now. I have been thinking, “What if there were a video that shows people how to mimick real-world photographic techniques?” Tilt-shift lenses, special types of processing, toy cameras, old antique photos and the like. So, I studied photos of these different techniques and figured out the best way to replicate them in Photoshop. If you’re familiar with my style of teaching, you’ll know that the workflows are robust and non-destructive. I have thrown in a ton of personal tips and shortcuts. Amazingly enough, all this is easy to follow, so that anyone of any level can do this. I also used techniques that will work on any version of Photoshop, past or future! “

Change your photo to look like it was shot with a plastic camera, such as a cheap Holga or toy camera

Two methods of grayscale conversion for the best results. Also an explanation of what’s happening

A popular old-time look, both in faded color and sepia tone

Create a smooth, but detailed image, along the lines of a Dave Hill style

Apply some processing to give a photo a cinematic movie feel

Create a glowing, soft, doubled feel that adds an amazing feel to a photograph

Create a romantic feel, by softening the highlights of a photograph and making the whites glow. Both landscape and wedding photos covered

Add a nice soft glow to portraits, for that glamorous touch

Make the photograph black and white, except for a single colored object

Turn a photo into a cartoon, a fun effect

Learn how to make your photo look like different hand-painted styles, including a simulated canvas background

Create a sunburst effect that Jimi Hendricks would love

Add a depth of field effect to a sharp photograph. This goes way beyond just a simple blur

Create a lake of water in a dry place. Very believable and unbelievably simple

Take a plain boring sky and replace it with a nice cloudy sky. Some extra tips to add correct atmosphere and coloring so it looks real

Create beams of light and illuminate a subject realistically. Change a daytime shot into a night shot. Also learn to change the color of the lighting in a single move

There are no reviews yet. 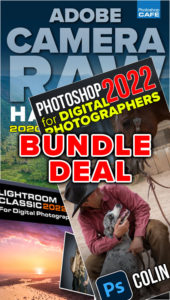 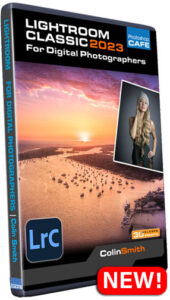 I bought PS Secrets and just wanted to let you know how great it is. The question I have is: Why cant I think of the solutions by myself, they are so simple once explained by Colin?