Jetman! A man who really flies!

Jetman Dubai and Emirates A380 take to the skies of Dubai for an exceptional formation flight with real life Jetman. Is this real? You bet! Watch the video here then read on to find out more about Yves Rossy who is the Jetman, and watch his TED talk.

Here is the viral promo piece that you may have seen. Emirates: #HelloJetman

Here is a BTS video of the making of the Emirates video. 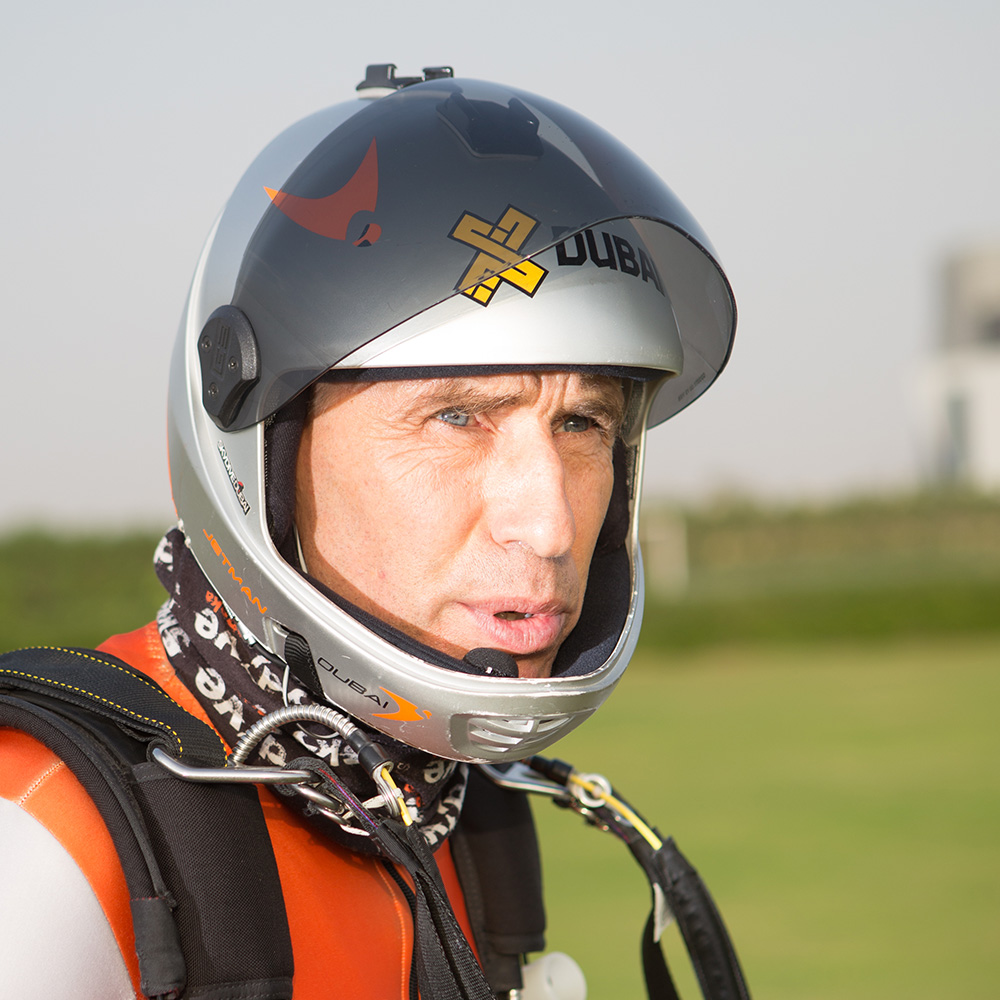 Yves Rossy is a Swiss inventor who is also a pilot. Yves was born  August 27, 1959 in Neuchâtel, Switzerland. He started by skydiving. He loved the feeling of freedom and wanted to “extend the experience”.  Yves didn’t want to build an airplane and lose the feeling of freedom, so he spent 10 years designing and testing the jetpack.
It is a set of wings made from carbon fiber, with 4 kerosene fueled turbine engines, each produces a thrust of 22kg (48.5 lbs). The entire setup weighs 55kg (121lbs) and he has had it up to 300kph (190 mph) in a dive, right before performing a loop.  He has achieves an maximum ceiling of 3000m, which is almost 10,000 feet!

Take off and landing

He takes off by jumping out of a plane, just like skydiving. Then he turns on his engines and is able to climb to 10,000 feet. His flight time is about 10 minutes and he can hit a normal cruising speed of 120mph. Landing is done by parachute. He wears 2 parachutes in case one fails.
Not only is this guy brilliant he is also fearless!

Not convinced? Here is his TED talk:

https://www.ted.com Strapped to a jet-powered wing, Yves Rossy is the Jetman — flying free, his body as the rudder, above the Swiss Alps and the Grand Canyon. After a powerful short film shows how it works, Rossy takes the TEDGlobal stage to share the experience and thrill of flying. 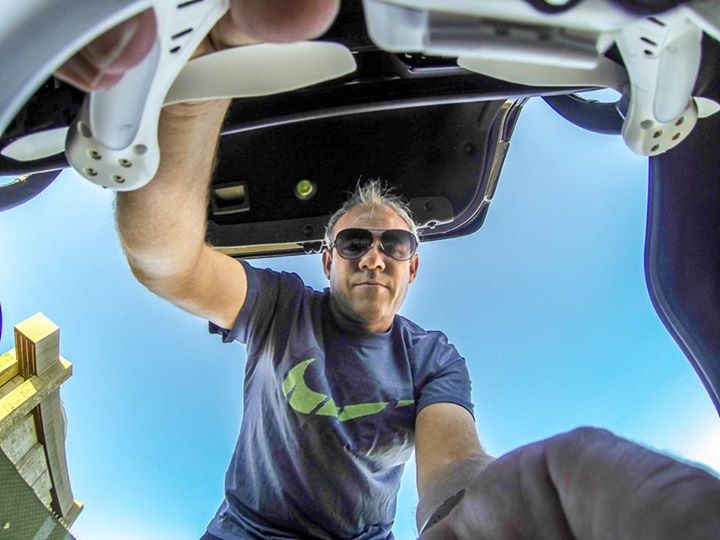 Aerial Photography and video with the GoPro and DJI Phantom Quadcopter

I just got back from Photoshop World. It was huge success and I had great feedback from all my classes. I have posted some of the videos from the Pre Conference session that I taught with Adobe’s Principal Creative Director, Russell Brown. It was aerial photography and video with the DJI Phantom Quadcopter. I have … Continued 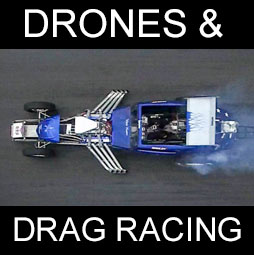 Shooting Drag racing from the air with a drone

What can be more exciting than the smell of burning rubber and the ground shaking, body moving sound of highly tuned dragsters tearing up the tarmac? How about shooting them with a drone? 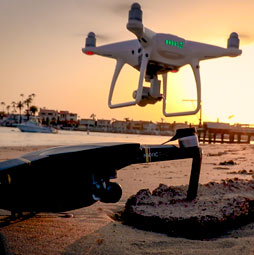 We take the DJI Mavic and Phantom 4 pro out flying and shooting. See the videos and the photos and decide which is the best for you. Bonus: Some of the best Drone on Drone footage you will have seen.