In August 2008 he was hired by PDI/DreamWorks as a visual development artist.
Recent Projects are “Merry Madagascar” (2009 TV Special) and “Megamind” (November 2010).

Can you tell the readers a little about yourself?  What led you to get into film making?

A few years later I started doing stop motion animations with a hi-8 camcorder and Lego figures with my brother. I always had a passion for drawing and film making. In 1999 I saw the short animation “Alien Song” by Victor Navone which blew me away. It made me curious about 3D animation. So I started playing around with 3D animation tools.

They were very hard to learn since there weren’t any tutorials available online and sites like youtube and vimeo didn’t even exist yet. Around that time 3D was not very popular and there were not many people I could ask for help either and I was desperately looking for a school where I could focus on 3D Animation. By reading 3D magazines I found out about the German Film School which was founded in 2000. When I visited the school I knew right away that this would be the perfect school for what I wanted to learn. I started my studies in summer 2002 and graduated with a degree in 3D animation in spring 2005.

Can you tell us a bit more about attending the German Film School? What did you expect going into the program and what are the key lessons you’ve learned.

The German Film School was a private school focusing on digital film making, located in a small town called Elstal near Berlin. When I had my interview at the German Film School I saw a few short films of the students that were studying there. I was blown away by the quality of the films and also a bit intimidated. The school program was 3 years (6 terms) starting with traditional 2D animation in the first term and 3D animation from 2nd to the 6th.

A total number of 12 projects had to be done within 3 years. Most of them were 3D short films. The short amount of time for such a great number of short films made it challenging to keep studying. Many people including fellow students gave up and quit school. Some repeated a year and some made it through. My class had a total of 13 people and only 5 stayed till the end.

Even if I had a tough time at that school I don’t regret studying there. I met some of my best friends there and I was able to gain a lot of experience in digital film making that I would have never been able to get without the school. Those 3 years prepared me well for the outside world. Unfortunately the German Film School closed down in 2009.

Some of my Short Films that I created at school:

The Beauty Of Life

Interview with Carl Hawkins (my thesis)

What was your first project after Film School and what did you learn from that experience?

My first Job was for German TV commercials. I was hired as a freelance character animator and I was animating talking deer and little numbers. The workflow didn’t differ much from what I used to do at school. Only this time I could focus on animation without worrying about everything else that could go wrong. So the experience compared to school was that everything was less stressful and smooth.

The biggest difference is the budget. In Germany for instance you could consider yourself lucky if your movie gets a production budget of $10 million. In the States a $20 million movie would still be considered as “low budget”. (I’m talking about Feature Animation only)
With low budget comes smaller teams, longer working hours and companies are trying to get artists for smaller salaries.
Low budget also makes you less flexible in terms of changes. Often times the first attempt is your last attempt, while at big animation companies major changes are often made.

Can you tell us a little bit about the visual development process?  How do your skills contribute to a project?

The actual Visual Development takes place before the production starts. Once there is an outline of a Story the Visual Development Artists start to develop a visual language together with the Production Designer and the Art Director. A whole new world has to be created.
The preproduction is the most creative part for the VisDev artists since they have to create and design everything from scratch and contribute their own ideas.

Once the production starts the work is divided into prop design, effect design and color keys. In an animated movie, every single object/effect has to be designed. For every object/effect the artist creates a prop sheet that is going to be sent to the Modeling and Surfacing department. Color keys represent the final look of the movie. They have to pe painted by the VisDev Artist too. Lighting artists use them as a guide for creating the 3D version of it.

The film industry is very competitive with lots of creative talent.  How do you keep yourself creative and inspired?

Traveling to different countries is a good way to get inspired. I also like to visit art galleries, taking part in art events likesketchcrawl.com and going to comic conventions. Browsing through artist blogs and participating in online art forums can give you tons of inspiration too.

Your mobile artwork has been seen my millions of people, most recently, you have been featured on the start-up screen for SketchBook Pro for iPad.  You’ve been working on mobile art since the very beginning.  How do you think these new devices change digital art and the creative process?  Do you use your work from iPhones and iPads for professional work?

I’m really excited about being featured on the splash screen of SketchBook Pro. I’m flattered that my art is well received around the globe. I think mobile art is a wonderful thing. I always wanted a portable digital sketch pad. Tablet PCs were never an option for me because of the weight, size and the low battery life. The iPad has just the right size and you can paint all day long without recharging. The bright LED screen makes it possible to paint on location (as long as you are in the shade).

I haven’t considered using the iPad for professional work yet. The combination of Photoshop and the Wacom Cintiq is still undefeated to me. It is definitely more comfortable and faster to paint on a Cintiq with a pressure sensitive screen. It’s just not portable. Digital art has been around for quite a while now. I personally don’t think that mobile art will significantly change digital art and the creative process since the iPad is just another way to paint digitally. The painting process itself doesn’t really change.  But I think that the accessibility of the software and the great responsiveness of the screen might make digital painting a lot more popular and more people may give it a try.

Do you have any advice for aspiring digital artists and film makers?

Six years ago I didn’t even know how to paint. Working at a big company like DreamWorks was something I could only dream of. During the past few years I didn’t waste time on figuring out ways to get in. I kept working on my skills instead, fighting against myself not to give up. Suddenly the impossible became more and more possible. It wasn’t as absurd anymore to apply to a big company overseas.
The key is to stay focused on your goals. Don’t be scared of Failing. Failing is good and necessary for you to grow.

“Don’t Bail, the best gold is at the bottom of barrels of crap”
– Randy Pausch

You can learn more about Goro at www.area-56.de. 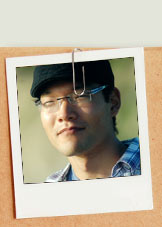 Visual Development Artist Goro Fujita was born in Japan but moved with his family to Germany when he was 3 years old. After graduating High School he went to an animation... 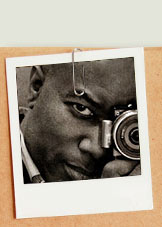 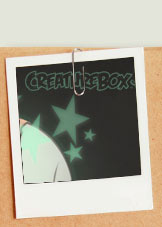 CREATUREBOX A few years ago, on a particularly hot spring day, Dave Guertin and Greg Baldwin pondered the possibility of joining forces. Sharing a fascination with monsters, spacemen, and everything in...